The opportunities present on the market push the participants to express their interest on the spot markets and derivatives markets. A large-scale buildup is emptying exchanges’ reserves as derivatives markets, led by OKex, see renewed interest, raising the odds of a major sell-off event.

Bitcoin oscillates with no definite direction

Bitcoin (BTC ) price sideways between $ 21.5k and $19k, reminiscent of the lull that occurred after the Terra/LUNA ecosystem collapsed between May and June.

This phenomenon pushes participants to express their interest by accumulating BTC on the spot markets and by speculating on its course in a frantic way on the derivatives markets.

This week we will assess:

Strong demand despite a deleterious context

For the 5th time in its history, the MVRV ratio signals that the Bitcoin market is in a state of global undervaluation .

This metric, calculated as the ratio of the spot price and the realized price, registers positive values ​​when the price of BTC is above the aggregate base cost of the coins circulating on the network.

Conversely, during pronounced bearish phases, the MVRV becomes negative, indicating a non-negligible loss of profitability for the entire market .

This zone, within which the price of BTC is strongly underestimated, constitutes a very attractive investment territory for entities wishing to build long-term savings at a reduced price.

Responding to the opportunity with fervor, market participants intensified the accumulation momentum underway since May 13 , following the collapse of the Terra/LUNA ecosystem.

The magnitude of such an event is reminiscent of the two most marked bearish accumulation phases of the past five years:

By studying the evolution of the quantity of supply less than 155 days old over time, we can gain insight into the buying/selling behavior of investors in the short term .

What is apparent from the chart below is the remarkable difference in behavior of this cohort of coins compared to the last major downside event, recorded 14 months ago.

As the price fell by 50% and Chinese miners relocated their activities to Kazakhstan or the United States, the low conviction of the holders of these young coins caused a distribution of more than two million BTC from May to November 2021.

However, despite a degraded macroeconomic and social context, the short-term supply has grown by more than 400,000 BTC in recent months, testifying to a coordinated accumulation dynamic.

Siphoning of reserves from exchanges

One of the first consequences of this dynamic of large-scale accumulation is the sharp drop in the reserves of centralized trading platforms .

Experiencing a structural drop in their deposits since March 2020 (with the exception of FTX and Binance), exchange balances have seen an outflow of over 150,000 BTC in 25 days .

This is simply the fastest and steepest pullback wave the market has seen since its inception.

This siphoning off of exchanges testifies to investors’ growing distrust of delegating custody of their cryptos to third-party entities , a legitimate sentiment given the recent insolvency scandals of several CeFi platforms.

This wave of withdrawals is clearly visible via the measurement of the volumes of incoming/outgoing flows from the exchanges.

While May 2021 saw a strong wave of deposits following the Great Migration, supplanted by an inbound peak of 14,312 BTC following the drop caused by the collapse of the Terra/LUNA ecosystem, nothing like this is observable during the last decline.

Indeed, the fall that led the price of BTC to the current price level caused an opposite dynamic, the indicator showing an ATH of the outflow volume of 14,897 BTC .

Contrasting the extent of the ongoing accumulation in the spot markets, the BTC derivatives markets have meanwhile seen a resurgence of interest and activity worthy of attention.

Indeed, since the price crash caused by the Terra/LUNA event, BTC-settled futures open interest (IO) has breached its multi-year cap of 400,000 BTC to reach an ATH of 514,000 BTC .

Given that the risk associated with this type of contract is particularly high in a downtrend (because the value of the collateral falls with the price), we can deduce the following two points:

By observing more closely the evolution of the open interest (IO) of the futures contracts settled in BTC of the different platforms making up the aggregate presented above, we can notice a salient fact:

Since the beginning of the year, OKex has experienced strong growth in its IO in BTC , going from 28,200 BTC to 92,900 BTC in seven months .

This increase of more than 300% seems to be one of the main drivers of the overall increase in OI mentioned above.

In doing so, the Hong Kong-based platform today overtakes FTX to rise to second place in the highest BTC IO chart, after Binance.

Following two consecutive increases, OKex’s dominance in the BTC-settled futures market has risen from 7.2% to 18.1% since January 2022.

It seems that speculators favor the platform, especially when it comes to this specific type of contract, plausibly because OKex’s annualized yield on futures is now the best in the market (2.2%).

In derivatives markets, it’s all about return, and OKex seems like a decent choice in the current environment.

Summary of this onchain analysis

In sum, this week’s data indicates that there is strong demand in the spot and derivatives markets .

The heavily undervalued BTC price attracts many entities that engage in fierce hoarding, buying tens of thousands of BTC per week.

This accumulation dynamic is accompanied by a further drop in exchange reserves , with record outflows of more than 150,000 BTC in the last 25 days.

Speculative risk continues to grow , raising the possibility of a new wave of cascading liquidations in the market in the event of high volatility. 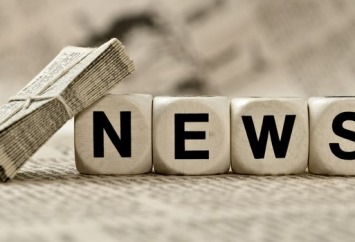 Warning: count(): Parameter must be an array or an object that implements Countable in /home/getmye6/defi.agrego.info/wp-content/plugins/bitcoinnews/tbcnews-plugin-widget.php on line 203