It gets harder to tell the difference between DeFi and TradFi by the day.

As the two financial sectors continue to blend, popular stock trading app Robinhood has announced a non-custodial mobile wallet for web3. The wallet won’t charge “network fees,” according to the company’s blog post on the release — gas fees are often a major pain point in interacting with DeFi protocols. If Robinhood pays them, users will be able to access DeFi with far less friction.

The wallet will allow users to buy and store NFTs as well as generate yield in the broader open finance ecosystem.

“There’s gotta be a way to get all the security and privacy benefits of self-custody with the low cost, simplicity, and mobile-first design that you’re accustomed to from a TradFi product like Robinhood,” Vlad Tenev, co-founder of Robinhood, said, teasing the wallet before introducing it at Permissionless, a crypto event.

Robinhood has slowly become more “crypto native” over the years. In 2018 the project launched cryptocurrency trading, but without the ability to transfer tokens to external wallets. In 2021, the project unveiled plans to enable external withdrawals, a move that would allow users to on-ramp into the DeFi ecosystem through Robinhood.

With its new wallet, the company is leaning further into crypto and will be competing with existing non-custodial wallets. Previously, people would need to transfer their assets out of Robinhood to a wallet like Metamask in order to access DeFi. Now, people will be able to stay within the Robinhood ecosystem with more freedom in terms of crypto interaction.

It’s been a big week for companies rolling out crypto wallets with expanded feature sets. On May 16 Coinbase rolled out a wallet that, like Robinhood’s, will allow interactions with NFT marketplaces like OpenSea as well as DeFi protocols like MakerDAO.

Tevev said in his presentation at Permissionless that Robinhood plans to start beta testing later in the summer and have the wallet freely available within the year. There is currently a waitlist. 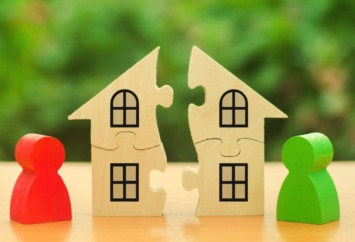 RealT Avis and Tuto (2022): the platform that is revolutionizing real estate thanks to tokenization