Critizing “legacy” media outlets, Bukele said these media outlets go “on silent modes when their lies have been exposed.”

Bukele said that the outlets had extensively predicted that the South American country would default on its debts because of its “Bitcoin bet.”

He noted that some of these firms wrote that his country might have to strike a deal with the International Monetary Fund to make its bond payments because of its Bitcoin losses. Bukele added:

“[They were] creating the narrative that El Salvador was broke and going to default. I called them out at the time, but of course, who was going to believe us and not every international news outlet and their “economic geniuses”?”

But following the country making the full $800 million payment with interests as and when due, Bukele said that “almost nobody is covering the story.”

“[Legacy media outlets] lie and lie and lie, and when their lies are exposed, they go on silence mode.”

El Salvador’s bond debt repayment is coming on the heels of an approval to sell BTC-backed bonds worth $1 billion. The country plans to use the funds to purchase more BTC and build a “Bitcoin City.”

Previously, El Salvador drew widespread condemnation from international financial bodies over its decision to adopt the cryptocurrency as a legal tender in September 2021. Several experts predicted the country would struggle to repay debts because of BTC’s volatility.

Disclaimer: Our writers’ opinions are solely their own and do not reflect the opinion of CryptoSlate. None of the information you read on CryptoSlate should be taken as investment advice, nor does CryptoSlate endorse any project that may be mentioned or linked to in this article. Buying and trading cryptocurrencies should be considered a high-risk activity. Please do your own due diligence before taking any action related to content within this article. Finally, CryptoSlate takes no responsibility should you lose money trading cryptocurrencies. 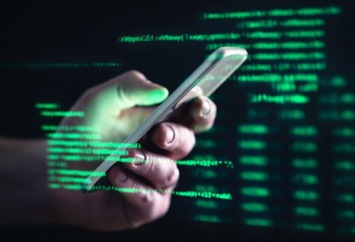 Web 3.0, Blockchain and Decentralization: the power of the individual