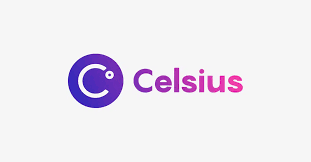 For several months, many observers have been alerting to Celsius Network’s suspicious activities and unsustainable return strategies. In order to understand the steps that led Celsius to this debacle, Cryptoast offers you an analysis of the traces left by Celsius Network on the Ethereum chain.

Celsius reaps the rewards of his recklessness

For several months, many observers have been warning about the suspicious activities and unsustainable yield strategies of Celsius Network , but also that the company could find itself in default of payments vis-à-vis its users, whose funds have otherwise been frozen.

To go further on the ins and outs of this case, Cryptoast published a file last week explaining how and why the platform is collapsing .

In order to draw up a non-exhaustive list of the steps that led Celsius to this situation, we analyze here the traces left by Celsius Network on the Ethereum chain by dissecting various financial operations undertaken by the platform.

Note that the “wash trading” strategies deployed via Wintermute and Uniswap, as well as the return mechanisms of Celsius’ DeFi strategies are evaded here.

Do you like the analyzes of Prof. Chain ? We have good news for you! He now speaks several times a week on our private group, where our experts analyze the cryptocurrency market and give you the keys to mastering it.

How did the platform get here?

One of the operations recently documented by Dirty Bubble Media reveals that Celsius Network lost at least 35,000 ETH in the Stakehound firm’s key loss case.

On June 22, 2021, the staking solution company Stakehound announced that it had lost access to a wallet holding more than 38,000 ETH , deposited on behalf of its customers. Custodians found themselves aggrieved, with the only consolation being the Stakehound collateral token, STHETH, which plummeted in value to as low as $34.

What matters to us in this case is that Celsius Network sent 35,000 Ether to Stakehound in a single transaction on February 2, 2021, as illustrated by this visualization:

Celsius’ identified wallets currently hold a total of at least 42,306 STETH, making it the largest owner of a useless token. At the current Ether price (1 ETH = $1100), this represents a loss of approximately $38.5 million .

On October 7, 2021, Celsius opened a wallet with the Maker DAO protocol which it used to finance many DeFi operations via the loan of DAI, guaranteed by wBTC.

First depositing 999.3 wBTC as collateral on the wallet, Celsius generates and withdraws 20 million DAI from the smart contract, repeating the operation many times until the first reimbursement of 50 million DAI on December 4, 2021.

This wallet has recently been brought to the fore as its risk of liquidation was high, given the downward volatility of the price of BTC. In response to the market drop, Celsius has posted more than 6,000 wBTC as collateral since June 12 and repaid nearly 42 million DAI to maintain a sustainable collateralization ratio.

With debt standing at $224 million today, this wallet has a liquidation price of $13,603 , making it a target for potential vulture funds betting down on BTC to destabilize Celsius.

To date, Celsius holds $651 million in deposits on the Compound and Aave protocols . The company notably has $229 million in wBTC on Compound and $422 million in stETH on Aave, interacting frequently with Celsius’ 0x8aceab8167 wallet , known as the company’s premier DeFi wallet. .

These deposits, made since the year 2021, are supposed to generate interest. However, the average annual return on these deposits is quite low , even lower than many bank savings accounts – from around 0.005% APY for wETH deposited on Aave to 0.031% APY for wBTC deposited on Compound.

There is therefore a significant gap between what Celsius pays for its loans and what it receives as interest on its deposits. Based on a conservative estimate of the average annual return Celsius delivers to its clients, data from DirtyBubbleMedia suggests that the platform would have faced an annual shortfall of $86 million in the year 2021 .

Do you like the analyzes of Prof. Chain ? We have good news for you! He now speaks several times a week on our private group, where our experts analyze the cryptocurrency market and give you the keys to mastering it.

Overexposure to stETH and Staking Eth2

During the year 2022, Celsius Network again took the gamble of exposing itself to stETH but also of staking a majority of the Ethers deposited on the platform , directly with the Eth2 deposit contract.

Indeed, although the most important deposits of wallet 0x8aceab8167… seem to be on Compound and Aave, a number of other protocols interact with the latter. One of the biggest appears to be Lido’s DAO, to which Celsius sent some 70,900 Ether in exchange for Lido’s “Liquid Staked Ether” (stETH) , largely from address 0xef22c14f46…

In addition, Celsius Network has also moved large amounts of Ether to the Eth2 deposit contract , allowing Ether to be locked up in preparation for when Ethereum will move from proof-of-work (PoW) to proof-of-stake (PoS). , via two wallets.

During the month of March, Celsius used the Figment Eth2 Depositor contract to send the funds, depositing a total of 112,352 Ether from this wallet . A second wallet then transferred 90,368 Ether directly to the Eth2 deposit contract, followed by an additional transfer of 28,325 Ether .

Today, Celsius holds closer to 324,756 ETH with the Eth2 deposit contract, locked until merge. Celsius is therefore unable to reimburse 100% of the ETH deposited by its customers, in addition to having been exposed to the depeg of stETH with Lido.

The recent liquidation by Tether

On June 15, Tether announced that it was liquidating the collateral contracted by Celsius towards it. Indeed, Celsius Network had a claim of nearly $1 billion on Tether for months. Following the announcement, a hundred million dollars were transferred from Tether to Celsius from this address .

Tether said it liquidated Celsius without incurring losses, recalling that the position was overcollateralized. The firm took the opportunity to declare that it had no exposure to Celsius regarding its equity.

Where are the remaining funds?

Following these operations and events, all of the on-chain wallets identified as held by Celsius total almost two billion dollars in value , distributed between the firm’s wallets and decentralized applications such as Coumpond, Aave, Maker, Synthetix or NotionFinance.

These funds are mostly composed of debt, wBTC, ETH and stETH, partly blocked as collateral or staked. In itself, the amount of liquidity available to date is estimated at 930,000 dollars, while the total debt incumbent on these portfolios exceeds 650 million dollars .

However, this only represents a minor part of the funds belonging to Celcius, the rest passing through centralized exchanges or unidentified portfolios to date.

In the end, this series of deleterious financial operations only brought to light the lack of risk management shown by Celsius Network , despite all the communication efforts made to maintain the community’s trust.

Today, Celsius finds itself bound hand and foot, paralyzed by the immobilization of part of its funds, consequent losses and exposure to unstable financial products.

All eyes are now on the liquidation threshold of Vault 25977 as well as possible future restructurings of Celsius Network . Since the tweet announcing the freezing of user funds, the platform has not posted an official statement on its Twitter account, leaving its depositories in a state of blazing uncertainty.

Unlocking The World of Decentralized Finance

What are decentralized exchanges, and how do DEXs work?

What is Curve Finance in DeFi?

Koia – The Modern Way to Invest in Alternative Assets